INSIDE OUT - REDEFINING THE BODY I AM TEMPORARILY LIVING IN

I use the mystical concept "order and nature of the cosmos" from the Greek philosopher Empedocles as a reference for my drawings. His theories of cosmos and body describe for me the origin and formation of fluid identities. This series unfolds a fictional speculation of the genesis of my self. I imagine the own origin of bodies in the universe as a big bang. An event which joins different body parts together, but does not connect permanently. It is another definition of order, a playful interplay of different momentary states, a process of becoming.

In a second part of my project I play with human and animal body parts that i considered not drawn good enough. These drawings have become an archive in the storage drawers, I call them "drawings with potential". I cut parts of different drawings and glue them together into a new compositions. The result is a new body shape that has emerged completely unexpected dimensions, proportions and anatomical principles. The wooden sticks hold my paper objects and give them functionality and movement. Here I claim that a body is not static. On the contrary, it is in constant changeable motion without spatial and temporal definition. 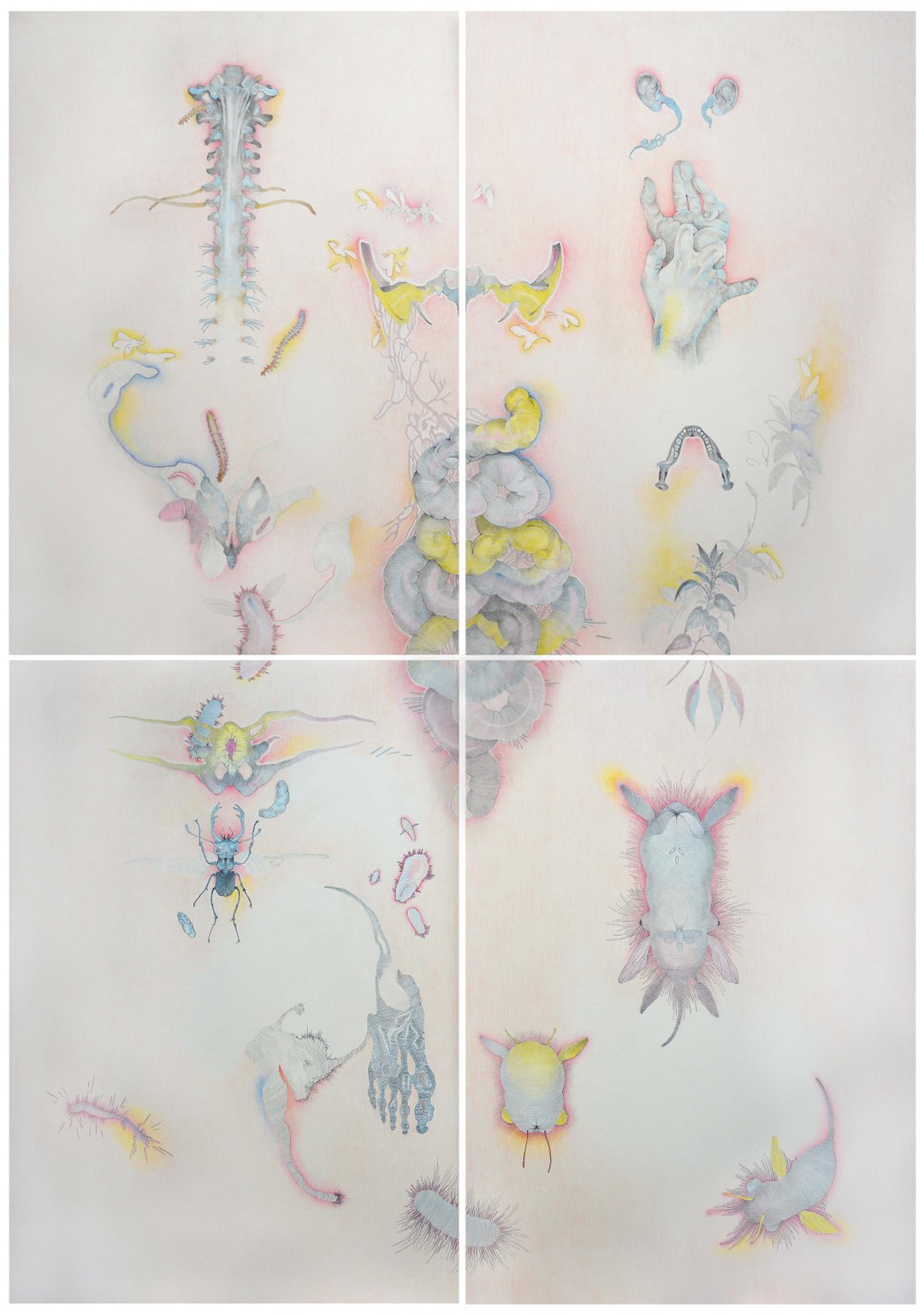 First composition of our drawings, 200x140cm, colored pencils on cardboard 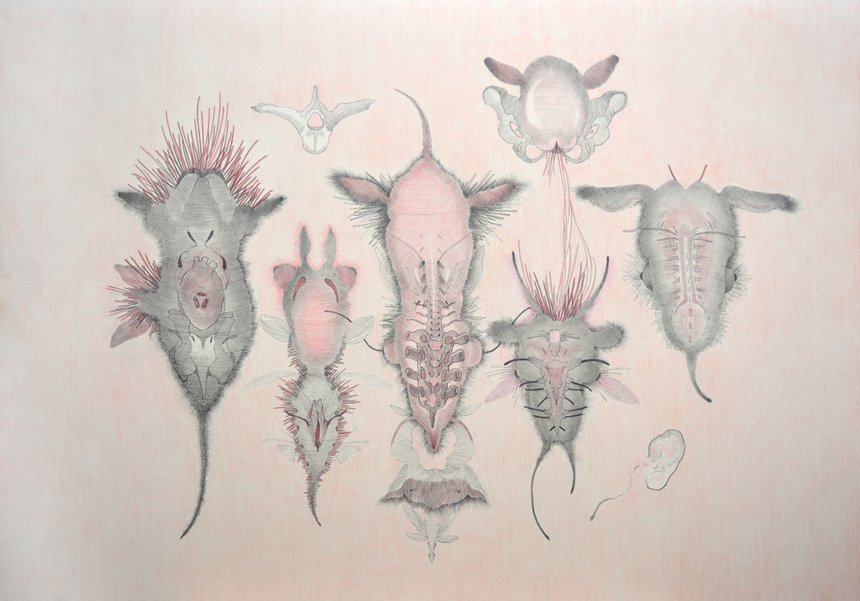 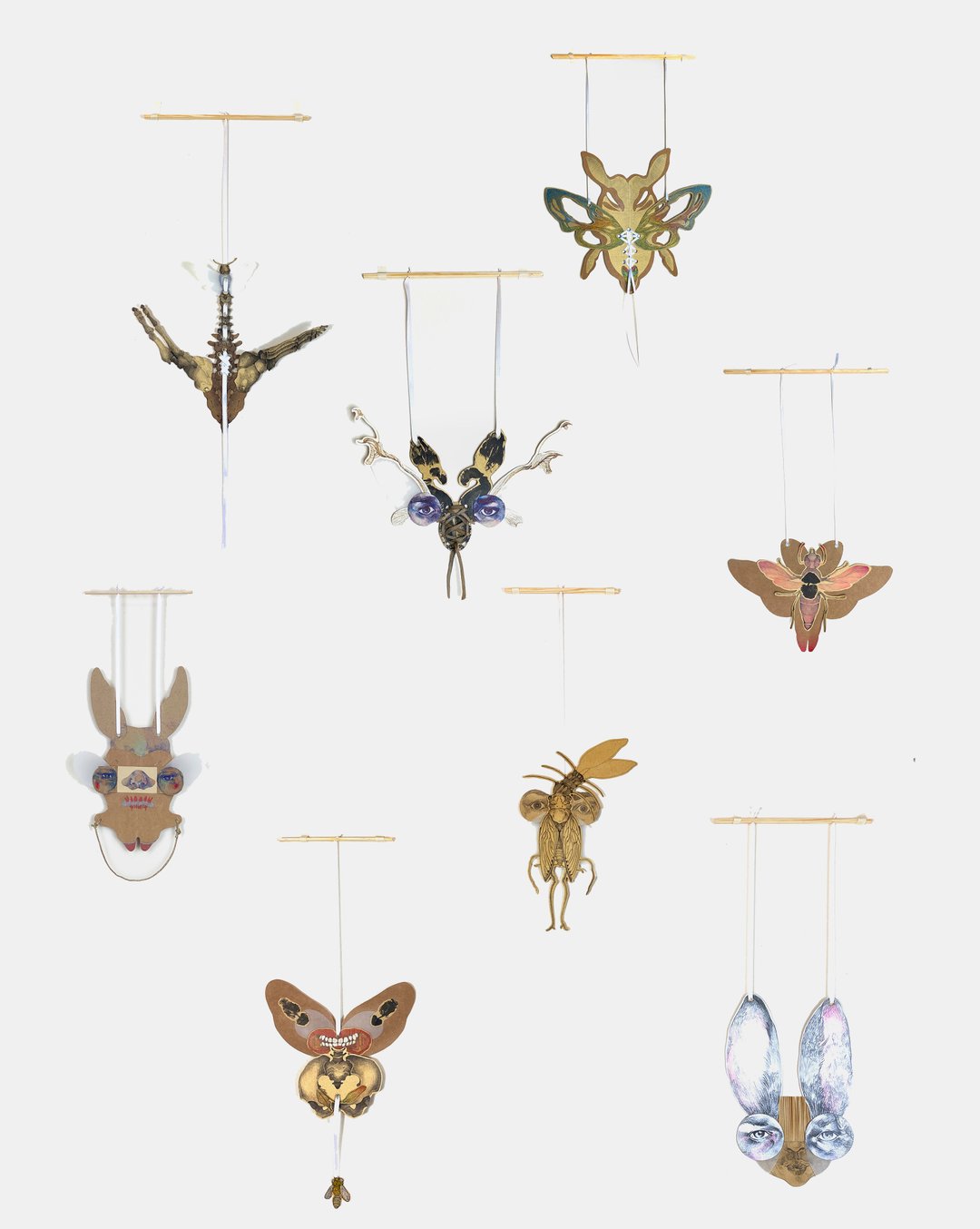 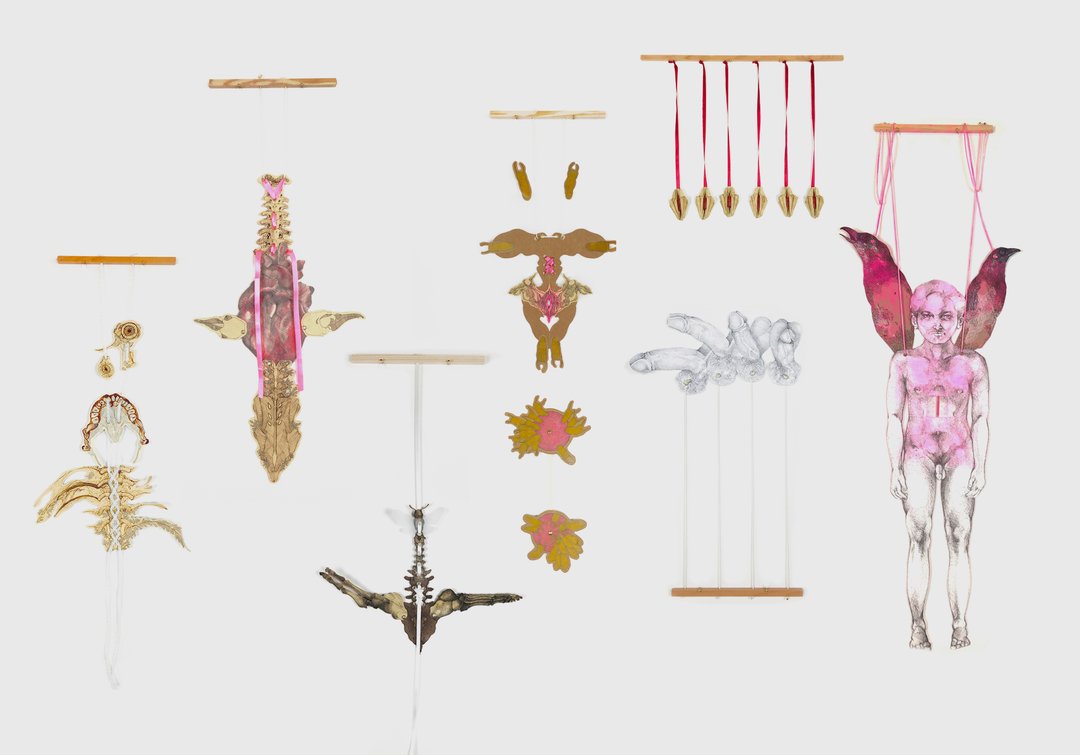 lost objects for the animation CUT